It was a year ago this week that I was flown out to NYC for the Pilates Style Magazine photo shoot that introduced Tye4® to the Pilates world.  This is an experience I’ll never forget.  The shoot lasted 5 hours and I was sore in EVERY SINGLE MUSCLE afterwards … so I know exactly what muscles are engaged while using Tye4!!!  I now KNOW exactly where my CORE is – I was even sore in my intercostal muscles (the one’s in-between the ribs)!  LOL

The atmosphere during the photo shoot was relaxed and it was a lot of fun.
I stayed in the most beautiful room with a view at the Hotel on Rivington.

This was a perfect place to rest, relax and focus on the upcoming shoot. 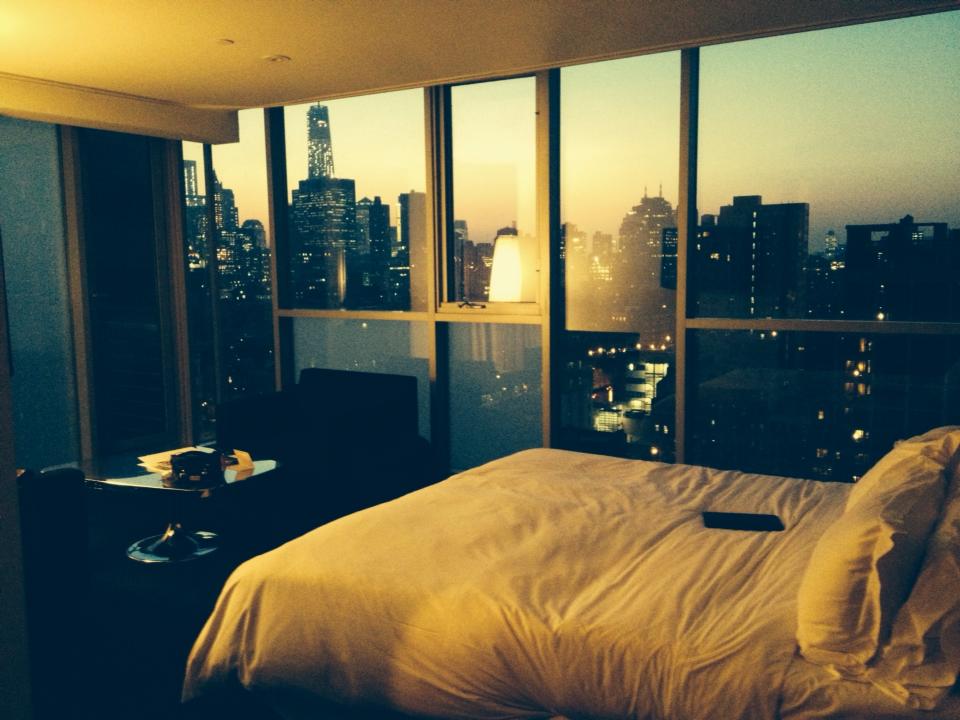 And of course, I cherished the time with my friend Monica Mendes Bittenbender (also featured in the story), as well as Yuu Fujita-Toews, PhysicalMind Institute Lead Teacher and the most valuable time spent with Joan Breibart – Founder of the PhysicalMind Institute, started the Pilates boom in 1991 and inventor of the Tye4.

The story was featured in the March/April 2014 edition of Pilates Style Magazine! 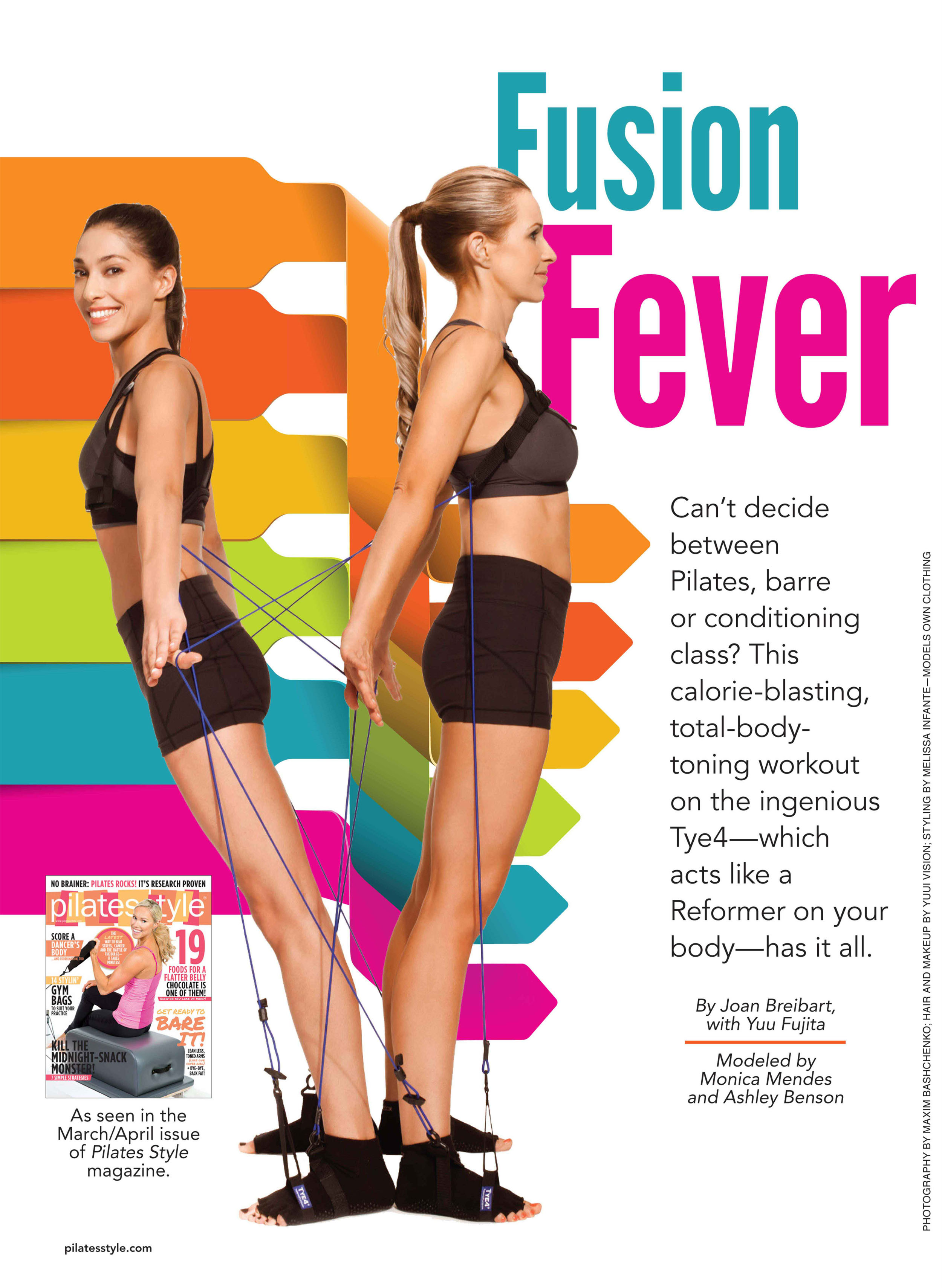 A few months after this, I was back in New York for TheMethod Pilates Tye4 Standing Pilates training – see here. 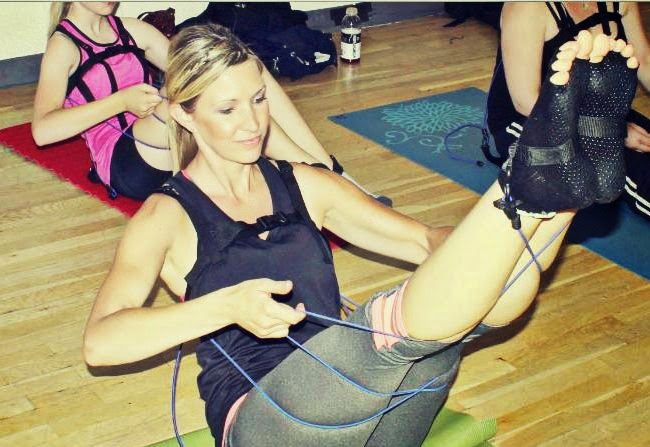 We are still discovering new ways to use the Tye4 and I am more in love with it today as I was the first time I got my hands on a Tye4 prototype  Feb. 2012 – a year and a half before it was even released!  See my original 2012 post here.

Thanks for taking a trip down memory lane with me.  I’m grateful and humbled by this experience, and SO EXCITED for what’s to come!!! 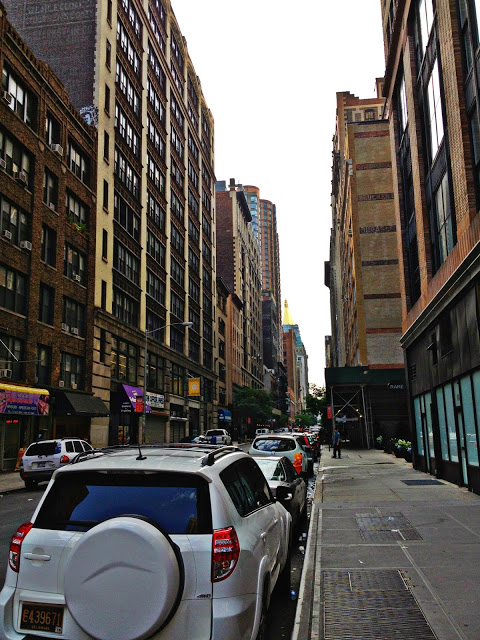 For all my running friends… I’m pulling this out of my archives.
PILATES FOR RUNNERS
Take a look at my guest post HERE on the FitMark blog.
See how even just one Pilates session can improve your overall run!

And for even more flexibility, mobility and strength, add the new Tye4® wearable resistance system from TheMethod Pilates to your Pilates workout.  It’s like a Pilates reformer that you wear!  Totally rocks!  Check out more on Tye4 here.

END_OF_DOCUMENT_TOKEN_TO_BE_REPLACED 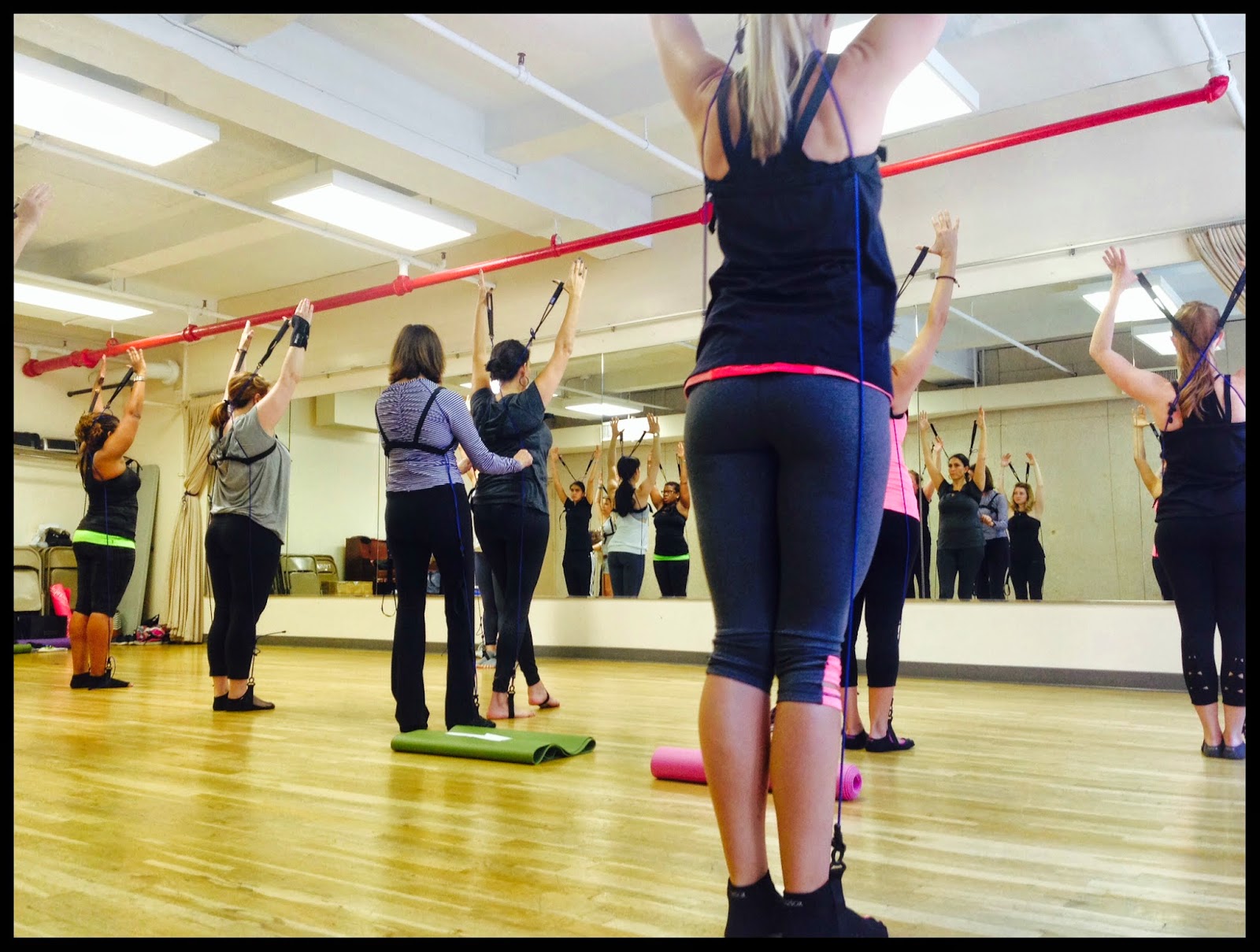 I just completed the PhysicalMind Institute 2 day E401 Standing Pilates Workshop held at the Chelsea Studios in New York, NY taught by Yuu Fujita, Institute Lead Teacher.  Traditionally, Pilates is practiced on large equipment like the Reformer and Cadillac and is not always accessible to everyone.  Mat Pilates is less expensive, does not require a lot of space, and can be followed by video or live streaming.  Often Mat Pilates classes will involve small equipment like a ring, bands or balls.  Still,  performing Pilates exercise standing has been challenging to master. 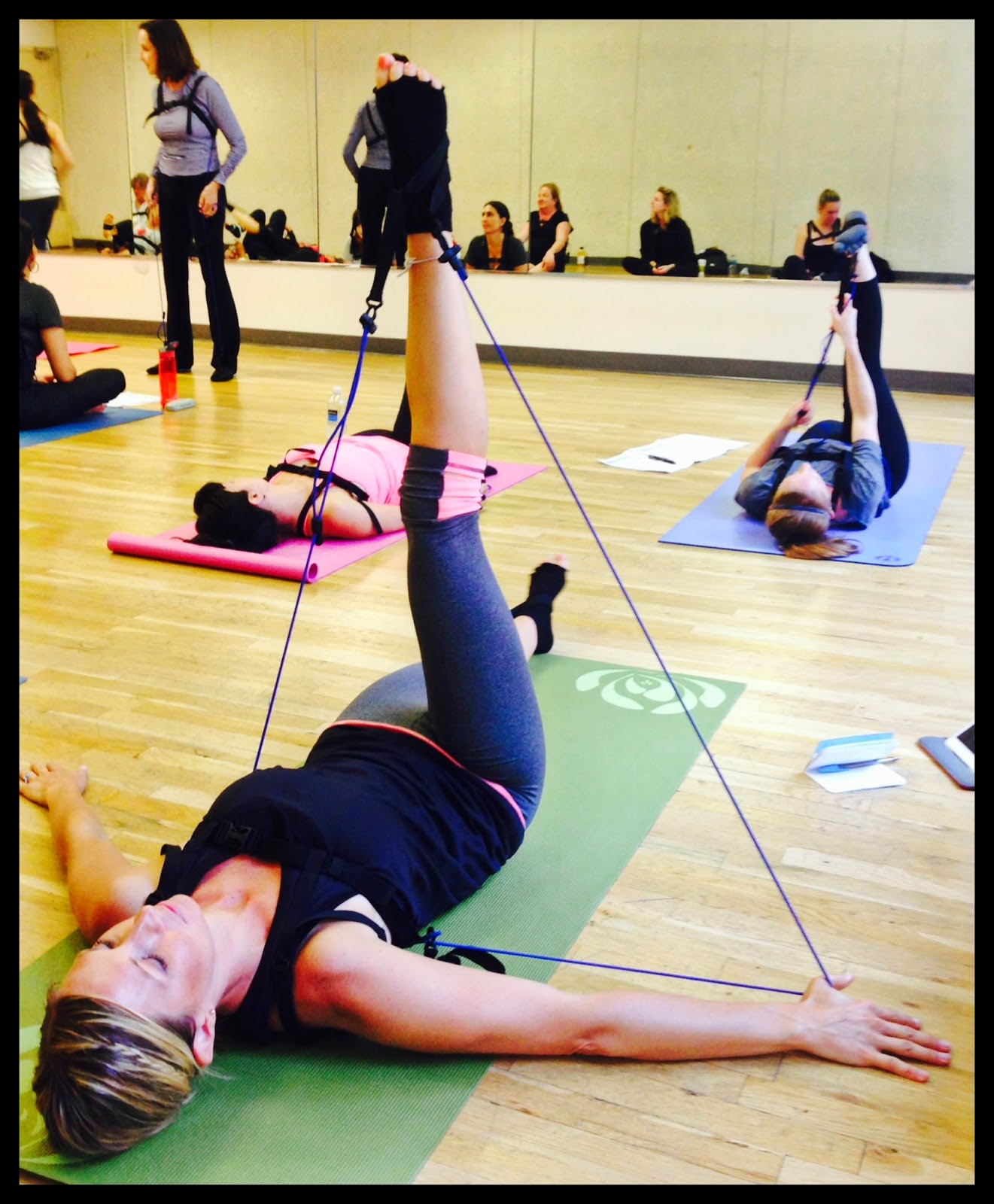 For this training, we used the NEW Tye4® wearable resistance system from TheMethod Pilates.  It’s a harness that fits over the shoulder and connects higher on the chest, or lower depending on comfort.  It’s easy to put on and can be adjusted quickly.  It has loops that connect to each foot anchoring the single leg bungee and hand loops that anchor the single arm bungee.  While standing, the bungees function like a “bar” and gives support to movement that require balance.  Because it’s not as stable as an actual bar, it requires the body to work harder to balance.  This type of work is great for developing strong stabilizer muscles and a strong core.  The bungees can also be used to assist in movement and of course we used them to create resistance in the standing position – up to 40 lbs depending on how  the bungees are used!  We also worked through Pilates fundamentals and traditional exercises on the mat.  In this case, the Tye4 functions like a Reformer by providing assistance and resistance.  Mat Pilates is much more effective when using Tye4.  It can also be used on different Pilates apparatus – see here

END_OF_DOCUMENT_TOKEN_TO_BE_REPLACED

It is such an honor to be on the PhysicalMind Institute website showing Tye4®.  This is the original and leading Pilates Certifying Institution. The latest from the Institution is Standing Pilates, Circular Pilates, Tye4®, HeadFloater™ and 80Bites – a weight loss program that is comparable with the Pilates principles: less is more. 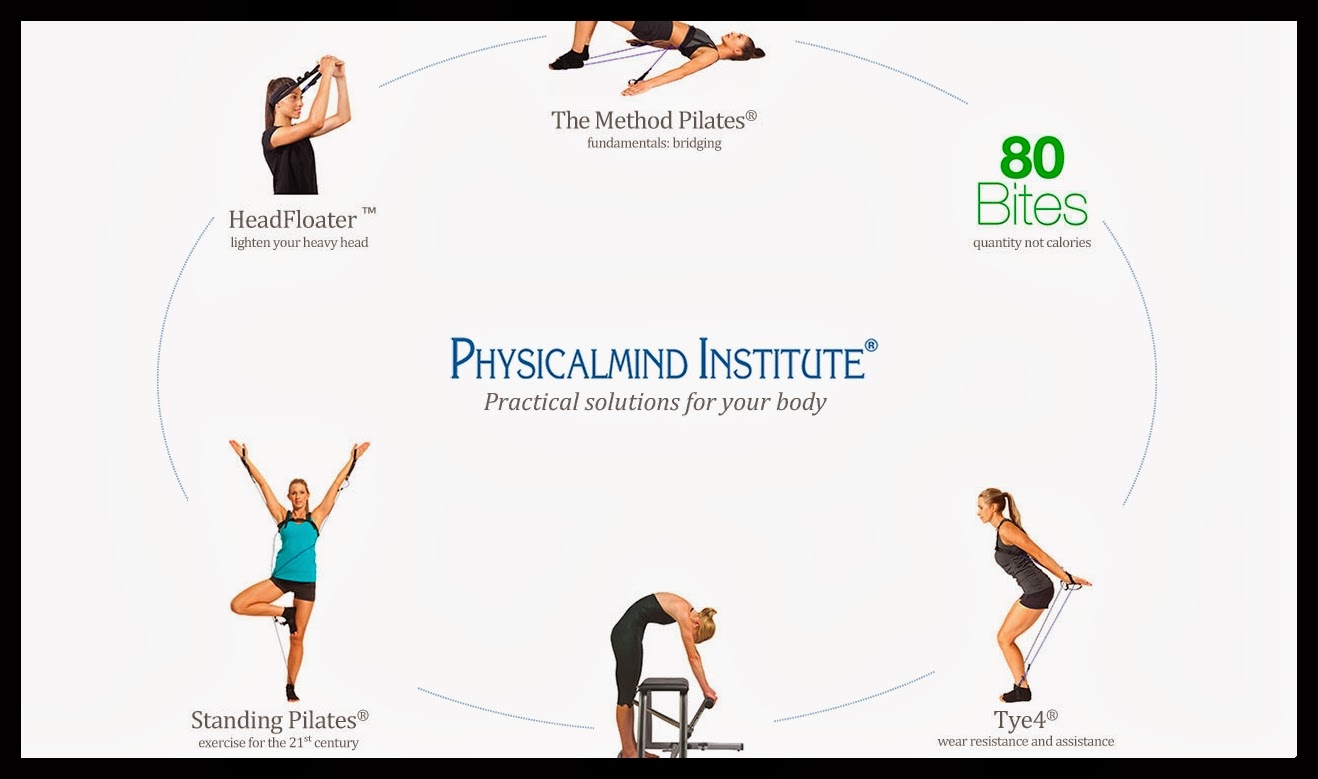 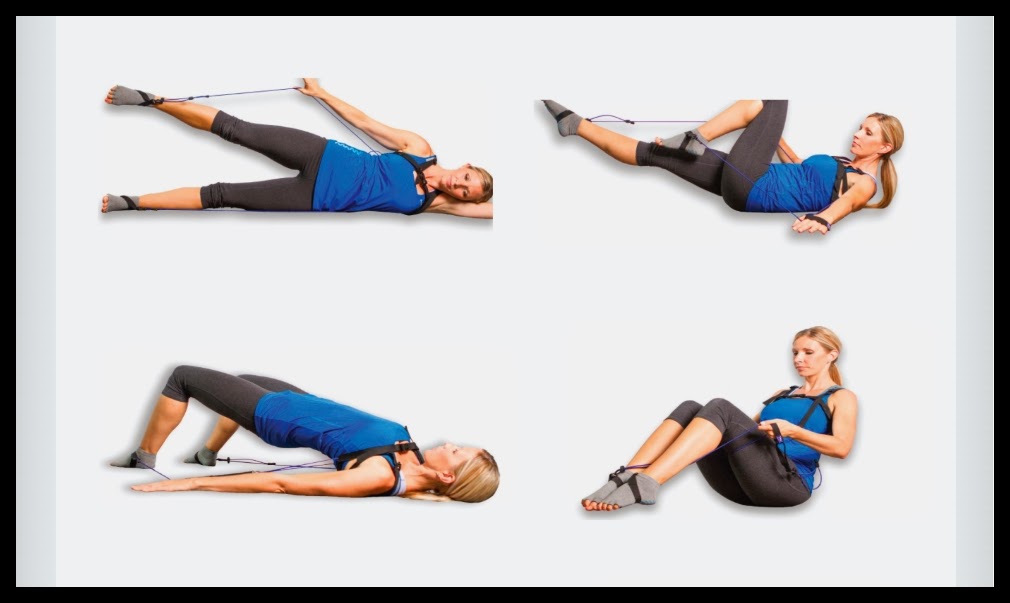 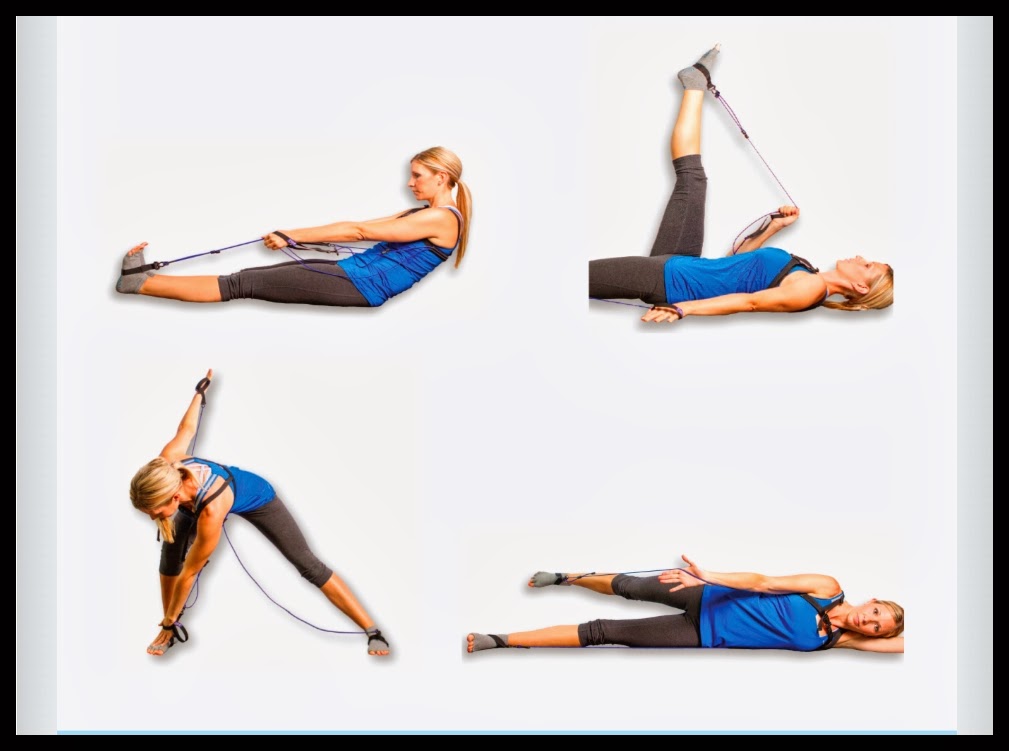 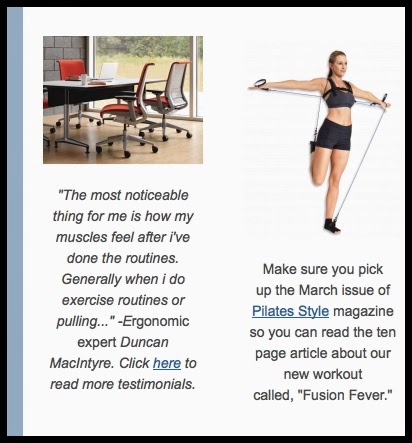 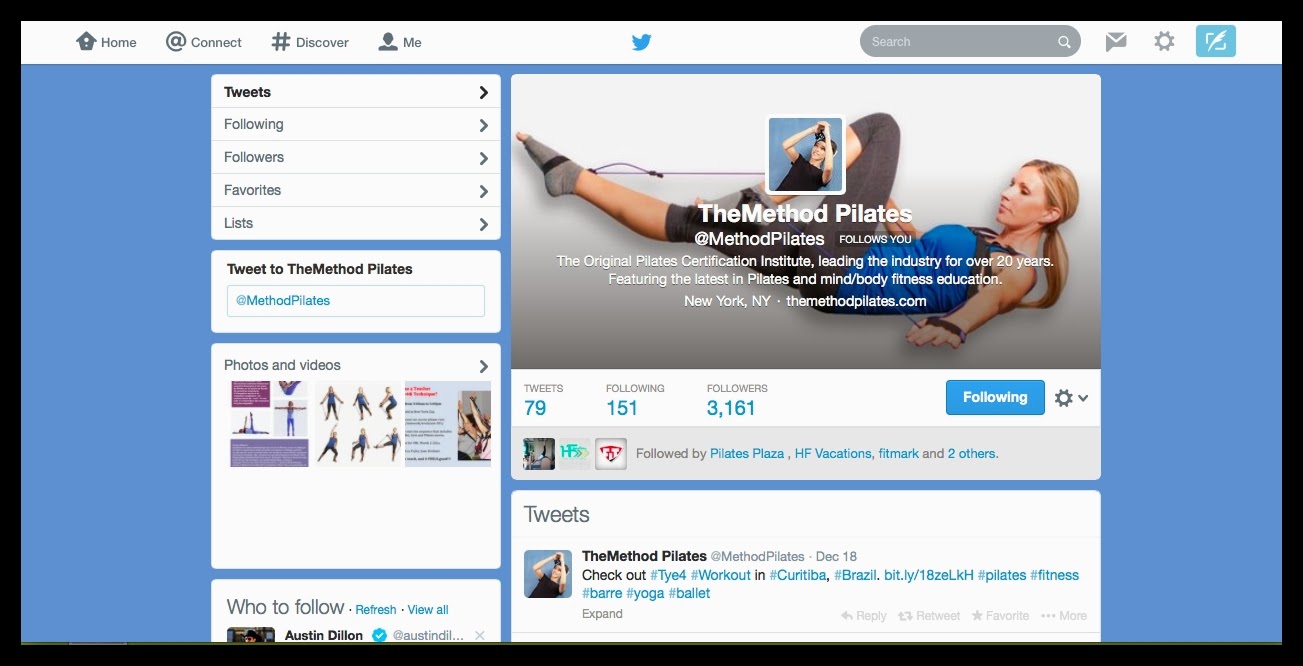 “If Joseph Pilates were alive today, he would applaud the innovation we have brought to his original exercises.  As he created the original movements as a response to the needs of a population almost a century ago, we at the Institute have developed a coherent, no nonsense program for addressing the needs of the 21st century client.”  TheMethod Pilates

Look for more on Tye4 in the March edition of
Pilates Style Magazine! 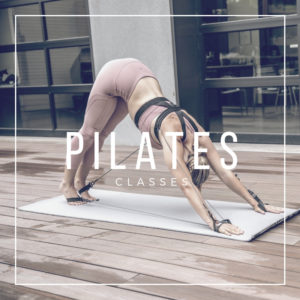